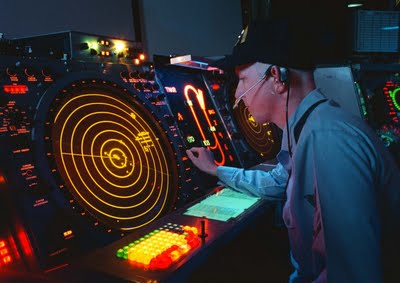 Therefore, it was a full hour and 10 minutes between the time the FAA knew that Flight 11 was high jacked and the time Flight 77 hit the Pentagon.  How could this happen?  The area around the Pentagon and Washington D.C. is some of the most heavily defended airspace in the World.  This fact led many to believe there had to be a stand down order issued which would have prevented Standard Operating Procedures from allowing these aircraft to be intercepted.  A stand-down is defined as “a relaxation from a state of readiness or alert”.  This certainly took place regarding air defenses on 9/11.

The 9-11 commission failed to consider the fact that the US military has more than just ground radar at their disposal.  In 2006 a golf ball was hit off the International Space Station.  New Scientist magazine reported that the ball was too small to be tracked by ground radar, but noted that,

“US military radar can track space debris as small as 10 centimeters across, and can sometimes see things as small as 5 cm wide if it is in just the right orbit.”

There are 35 USAF bases within range of the 9/11 flights, which included the restricted airspace surrounding the Pentagon, Capitol Hill and the White House.  It is hard to believe that a military which possesses such a highly-sophisticated radar system would not have been able to track the high jacked aircraft without a transponder signal.